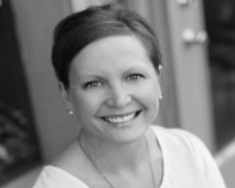 Dr. Lynnsey Jepsen has graduated from the University of Minnesota Moorhead with a Bachelor of Science degree emphasized on health and medical science. She attended Northwestern Health Sciences University in Bloomington, MN and graduated in 2007 with her Doctorate of Chiropractic. Dr. Lynnsey owns a HealthSource office in Rogers, Minnesota and has developed herself incredibly throughout the local community.

Dr. Lynnsey is passionate about helping people achieved the life they want to live. She focuses on chiropractic adjustments along with the HealthSource based progressive rehab program. Her ultimate clinical goal for all patients is to move them onto a lifetime of wellness care. This approach allows her patients to get back to doing what they love the most.

Dr. Lynnsey also has a passion in helping people with their weight loss goals. Her focus is to shift America’s epidemic obesity and guide people in becoming healthier and happier. With an emphasis on lowering body fat, visceral fat, and BMI – her ultimate goal is to create a lifestyle change for them.

Since 2009, HealthSource has served thousands of locals in the area and continued to grow each year. Over the past 6 years, HealthSource of Rogers has been featured as franchise of the month and won 7 awards for being in the top 20% of the HealthSource franchise. Dr. Lynnsey has mentored associates who have won “Associate of the Year” along with team members receiving “Front Desk of the Year” and “Team Member of the Month.”